"A person who won't read has no advantage over one who can't read."  Bro. Mark Twain 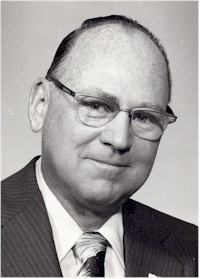 Aztlan Lodge boasts a library that has been acknowledged, repeatedly, as one of the greatest, if not the most exceptional, Masonic Lodge libraries in the State of Arizona. We hope that your visit here and to the library itself will be rewarding and that you will take the opportunity to visit the library often. More importantly we hope that you will avail yourself of the wealth of knowledge contained there both by borrowing books (yes, the library is a lending library) to read and by researching any questions you may have about Masonry. The library is known as the Fred Mey Memorial Library. The library's namesake Worshipful Brother Fred Mey was raised to the sublime Degree of Master Mason in Epes Randolph Lodge #32 in 1948. He was also a member of Oasis Lodge #52. Both of these Lodges are located in the Tucson area. In 1963 Brother Fred moved to Prescott and affiliated with Aztlan Lodge. Brother Fred was soon appointed to the Aztlan Lodge progressive officers line and served as our Master in 1973. Our Brother continued to serve with distinction until he was called before the Great White Throne in 2001. His particular area of interest was in the area of Masonic Education and it was his desire for Aztlan Lodge to have a formal library to help our Brethren be better educated about our gentle craft. To insure that his wish was fulfilled, he bequeathed several thousands of dollars in his will to establish a library. The library is named in his honor. In this library you will find encyclopedias, Histories, current day novels, women and Masonry, Constitutions, Proceedings of the Grand Lodge of Arizona, Order of Eastern Star, York Rite, periodicals and much more.

The catalog system used in the Fred Mey Memorial Library is a derivation of the one used by the Grand Lodge of Iowa, which is perhaps the premier Masonic Library in the country. It is the same system used by our Grand Lodge Casey/Roskruge Library in Phoenix. Using this system allows us to share more easily. The extensive and exhausting work of cataloging the library holdings was accomplished by MW David Luebke and is an ongoing effort.

Aztlan Lodge is very fortunate to have Brother Stan Martin as the Lodge Librarian. Bro. Stan is well skilled in library science. He is not only enthusiastic about expanding the library but is active in the preservation and conservation of books in our possession; repairing bindings, page restoration etc. and identifying books that are not eligble for lending. In 2012 Bro. Stan led a committee of concerned and qualified Past Masters to formulate ideas on how to improve the library. The committee created a five year plan of library improvement which was approved at the April, 2012 stated meeting.